The collapse of civilization

For the first time in history, we can face the collapse of civilization, says Czech egyptologist 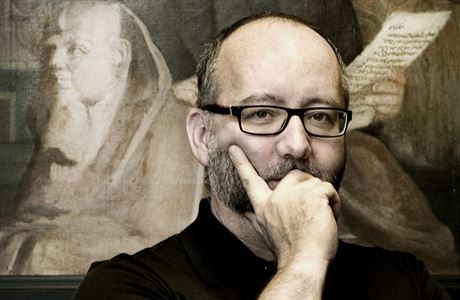 “Most of our elites have to switch to another mode. I wish our country more real leaders to come up with interesting visions. And if they say something, they will talk about it in the pub in the evening” says Miroslav Bárta, Egyptologist and vice-rector of Charles University, who studies civilizations. He pursued and formulated seven laws describing the process of creation, rise, fall, and regeneration of ancient societies.

This year, Egyptology celebrated its centenary. How was he? 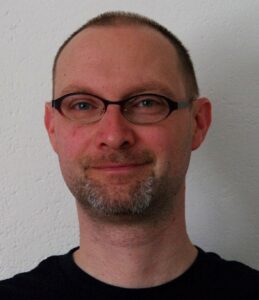 The leadership of the Czech Institute of Egyptology has changed significantly as a result of my new duties as Vice-Rector of Charles University. Jiří Janák became an associate professor of the Institute. I am the head of our archaeological research and projects. We were also successful in terms of teaching and were accredited for all types of studies for ten years.

As far as scientific goals are concerned, we defended our position not only in Egyptology and achieved significant successes in the field. Martin Kovář and I have published a large book on the ups, downs, and transformations of civilizations Civilisations: Collapse and Regeneration. It is in this chapter that first describes the seven laws that have been discussed a lot this year.

What news have you brought from Egypt?

In Abusir, we succeeded in gaining new knowledge about the development of the burial ground during the 5th Dynasty, when a pyramid necropolis was established. We discovered the lost tomb of dignitaries Ptahver, the dignitaries who decorated the Sahure Pyramid Complex. It is even captured on the relief of the Sahure complex, where he attends a feast with the monarch. So he was really an important person. At the same time, we are working in one of the areas where Imhotep’s tomb might be located.

Do you hope that after you discovered one of the oldest sages of ancient Egypt, Kaires, you will find his famous predecessor Imhotep last year?

That would be great, but scientists have been looking in vain for 200 years…
We believe that we could find interesting objects that relate to the 3rd Dynasty. Imhotep’s tomb is a great mystery, but he really existed and his tomb is somewhere. But honestly – if we found her, I don’t know what we would do then. (laughter)

You were awarded the Czech Head for your study and comparison of ancient civilizations. How should their ups and downs inspire us?

The fact that research in the field of Egyptology and the comparison of civilizations has earned the award of the Council for Research, Development, and Innovation shows that it is relevant. Our past is a deep well of instruction, and archeology is actually the only science that is able, with the help of other disciplines, to describe the evolutionary tendencies of civilizations from their beginning to peak, decay, transformation, and further ascension within long time series. This network of knowledge can still be densified.

What specifically does it help?

Today, we are part of a planet-wide civilization that solves planet-wide problems. They are sources of energy for the future. And… And a way to maintain our complexity, environmental problems, problems associated with changing the natural environment, and more. They cannot be dealt with at the national or European Union level alone. It is ridiculous to think that this would help.

Seven Laws of Civilization According to Miroslav Bárta

1. Every civilization is limited in time, conflict usually begins and ends.
2. Resources and technology have a major influence on the development of any civilization.
3. The Law of Heraklit – what brings civilization or society to the top is usually what causes its crisis and fall.
4. Civilization is linked by the same values ​​and symbols, a dysfunctional social contract is a big problem.
5. Excess consumption is the way to perdition.
6. Climate change fundamentally changes the development of civilization.
7. Collapse does not mean extinction and major changes occur in abrupt fashion.

When comparing long time series and individual civilizations, seven laws have emerged describing the causes of the rise and fall of civilizations and the mechanism of these changes. They can be found in all known societies and there is no reason to believe that we will be the exception. But when we are able to name problems and have all possible resources, technologies, knowledge, and the information network. For the first time in the history of the planet, we have the opportunity to solve it.

What does this mean for us?

Every civilization is declining when the social contract is dysfunctional. There are objectively cheap energy sources, mandatory expenditures go beyond reasonable levels, elites do not work, and so on. But the crisis is also regenerative and beneficial because it removes what is no longer working. And it is up to us if the price for regeneration will be as high as usual in the past. All scenarios are broken down. But thanks to what we know, our civilization is able – at least theoretically – to prevent the worst bills for collapse and transformation and significantly reduce the negative phenomena.

You mentioned the social contract, which is much talked about today. What is the condition?

Two and a half years ago, we attended a seminar in the Chamber of Deputies. Already at that time, there was an evident contradiction between the then narrative and the state in which most of the society was. This has been manifested, for example, by a huge increase in execution cases. This was the part of the elites that controlled the state by undermining the confidence of the majority population in current politics. Their willingness to cooperate and the adoption of government strategies. But if you do not have a functioning social contract and the elites do not communicate, know and solve the worries and problems of the majority, you will not enforce anything. It has only recently started to be addressed.

Years ago, the law made debtors and execution victims even from children who were barely born unless their parents paid the waste fees…

At that time the best lawyer minds were speaking. For example, Deputy Chief Justice of the Supreme Court Roman Fiala warned that if scissors open between the state administration. The judiciary and the majority population, when a law is applied with problems, delay or not at all, excesses occur, typically just execution.

In order for a young man to take a black tram and instead of a reasonable fine come into the family bill for 18 or 25 thousand, it simply can not happen in a civilized society. I am glad that it was heard from Roman Fiala. He is the person who, for example, together with Pavel Holländer or Karel Havlíček, is the greatest inspiration in the field of law. That’s why I don’t find it fair to see what’s happening around him now.

Do you mean attacks in connection with possible personnel changes in the Supreme Court?

If its chairman Pavel Šámal becomes a judge of the Constitutional Court. He will vacate the office. And even though his possible successor is not yet resolved, former NS chairwoman Iva Brožová anticipates events in a sharp commentary and describes Roman Fiala as unacceptable for this post. The problem is that it does not give arguments. Especially when Fiala does not show how he will deal with the new situation. How does it affect you from a social point of view?
I think it’s a misuse of public space. The judges are supposed to talk about it in professional forums and not to let information go into the media in order to discredit someone cheaply. That’s below anyone, let alone the judges. From the point of view of a person who deals with civilizations thousands of years old, it is generally very harmful if someone prefers their personal interest or the interest of a certain group over the interest that leads to state-building.

To our confusing legal order. Is it any wonder that respect for the law is disappearing when lawyers are hard to understand?

As a layman, I see two main aspects. The first: The more laws, the fewer rights. The complexity of the rule of law leads people to believe that instead of the legal environment, the environment is dominated by an environment in which only a few are oriented. The question is to what extent this is a natural process and to what extent it is a stakeholder strategy to keep things as clear as possible.

And the other thing?

It is a general civilization aspect. When a system constantly swells, it consumes more and more energy just to keep it running. Instead of investing this energy, it only serves to remedy the shortcomings of the system. So this is nothing pro-growth, but the system is gradually absorbing itself. This is a phenomenon typical of the decline of a complex society. When it starts consuming more energy just to keep it running than to develop forward, it’s wrong.
This is reminiscent of 4,500 years ago in Egypt you are exploring. Problems began when royal power crumbled between interest groups and influential families, bureaucracy grew, and the state was getting worse off economically.  Also because of natural environmental changes. Is our situation similar to that? It’s the same thing.

So if we take your seven laws of civilization, at what level are we?

I would say that on a scale of one to ten, where ten represents a truly significant crisis, we are between six and eight. Phenomena known from civilizations are developing, which eventually faced considerable problems while achieving significant technological success. I try to see and describe these phenomena, but I am not talking about destruction and destruction, as we hear about them, but they represent only a small segment of the population.

It is appropriate to point out problematic phenomena, be it the internal dynamics of our society or the changes in the natural environment, and our contribution to change and quite different from what we want. But I’m optimistic because every civilization has been able to cope with its ups and downs.

How important are different activist manifestations, such as strikes for anything, to change?

For example, when students were striking this year before 17 November, I think it was not clear to many people what they were actually struck in the climate, or against the Rector of Charles University.

It is a stage in the development of general space. I am not a supporter of this form, Karel Capek has already said that shouting can tear down any wall, but it will not build anything. Really, it is true. It is unfortunate and undignified when people are creeping around the 17th of November for a return to communism and socialism. Also, a pity that extreme offshoots of activists turn the climate debate into a scream that drowns out everything that is rational, while slowly there is not the only expert to deal with climate and ecology.

Our university has raised these issues for many years. We have teams specializing in changes in the natural environment and its impacts at regional, national, European, and planetary levels. A large exhibition Water and Civilization was created. If someone claims that the university ignores climate change, it is an irresponsible lie.

Or the assignment of one of the interest groups we have already discussed in general?

Again, we are of the opinion that it would benefit society if it not only respects rights but also speaks of duties and responsibilities. And by their behavior people built and cultivated public space. Not breaking it into particles of particular interest. We’re not going anywhere like that.

This year, we can probably see the hybrid war in its entirety. Charles University has been involved in a variety of interests not only from the territory of this state, but I am also convinced of that. We should all think much more about the hybrid war. The Latin “Cui bono” is always valid.